THE JOURNEY OF LAW OF THE NINJA

I had always wanted to be in the movie business ever since I was a kid and learned that making movies like the Star Wars saga could actually be a career!

So in the 6th grade, right before moving to Hawaii, I made the commitment to becoming a filmmaker.

Of course, at that age, it was too hard to convince my Mom & Dad to let me borrow the family Super 8 camera, so I’d have to wait a few years before I would get my shot.

Fast forward to high school in Hawaii at Damien Memorial.  Finally my parents thought it would be OK if I got to use the home movie camera, so I began filming birthdays, Easter & Christmas.

Proving that I wasn’t going to accidentally destroy it, I was finally able to get a chance to make a real movie!

When you’re the oldest of five, you have a built in supporting cast. Perfect for a ninja movie! 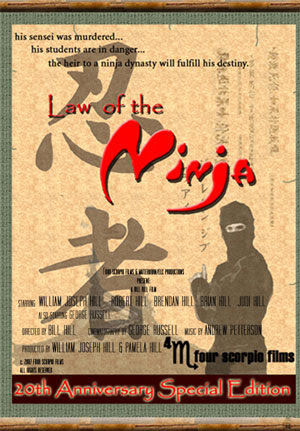 The original one-sheet poster for the DVD special edition

After I had started training in martial arts, (and being inspired by Bruce Lee movies and the huge ninja craze), I decided the next film was going to be an action packed ninja epic.

Law of the Ninja  would be an extremely ambitious undertaking that would take almost 3 years to complete. 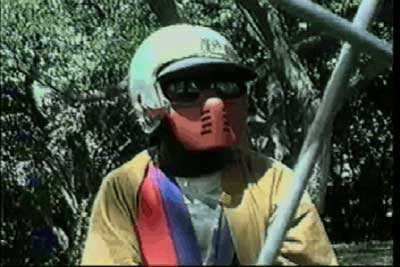 One thing that I learned that I continue to follow in my professional career was how important it was to have a lengthy pre-production period.

My junior year of high school was spent saving up my allowance (and lunch money) to invest in production.

My preliminary budget based on shooting on Super 8 film was going to be pretty steep.

I realized that if I shot on VHS, I’d only have to buy a couple of cassettes and I’d be set.  The challenge would be where to get a camera! 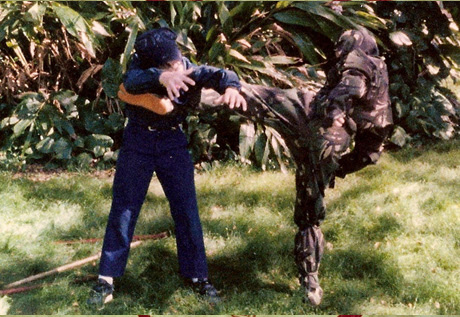 My brothers Brendan & Robert doing a fight scene in our Hawaii backyard!

A serendipitous meeting with an upperclassman George Russell would be the key towards this production becoming a reality.

George was a Senior and for one of his social studies projects he actually made a video.  Our teacher was so impressed that he showed off the work to my class, and I got a brilliant idea.  I would see if I could pitch George on being my Director of Photography (DP)! 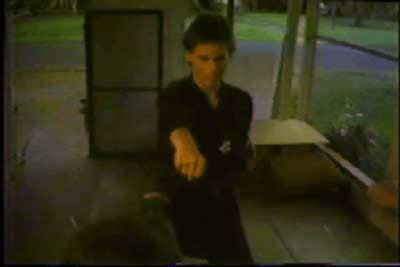 I got the chance to tell George about my idea, and he thought it was pretty cool!

The beautiful musical score for the film was composed by Andrew Petterson.  I actually found him through a classified ad he ran in Cinemagic magazine.  We’re still collaborating to this day — he will be the composer for the score for CYBER FIGHTER too! 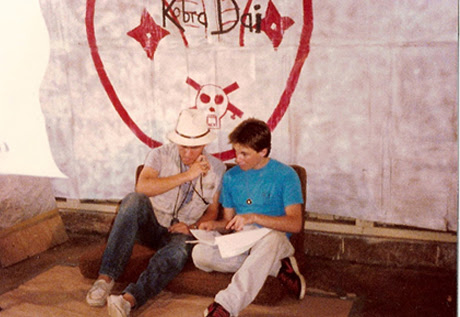 Next, I knew we needed a camera, so I pitched our Faculty Advisor Mr. Lewis on letting us borrow the school’s video camera.  It has been said, that “you never know unless you ask”, and this was so true.

Mr. Lewis thought it was a pretty cool project as well, and since the school’s camera was over a decade old, he could entrust us with its care. 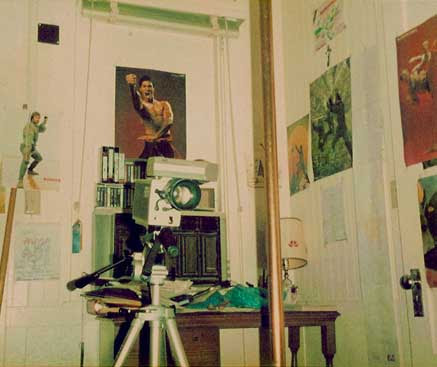 The Damien Memorial High School video camera set up for a scene.

So, we were set!  The rest of Junior year was spent in pre-production.  Script revisions, scheduling, storyboarding, buying costumes & props, casting, etc.  Basically getting everything ready for principal photography in June.

I actually held a casting call on Ford Island for neighborhood kids who wanted to be in the movie as background ninjas. 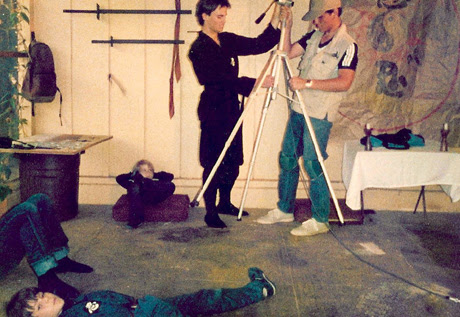 June came, and we began filming.  My sister and brothers were the other main characters, and we had several kids in the neighborhood playing parts in the evil ninja clan. 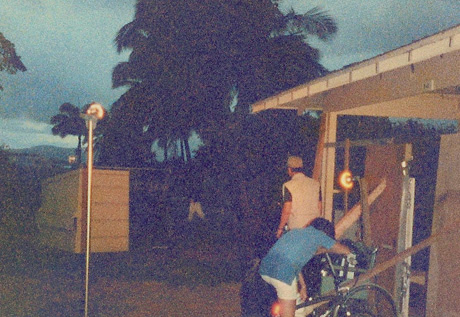 We shot around my neighborhood and my character’s dojo was the interior of our family carport.  A lot of the exteriors were pretty picturesque, as Ford Island sits in the middle of Pearl Harbor and there are a lot of shots overlooking the water.

(Michael Bay would come to Ford Island a few years later to film his epic Pearl Harbor, but I got to shoot for free!) 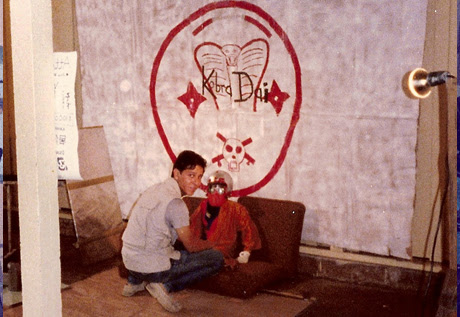 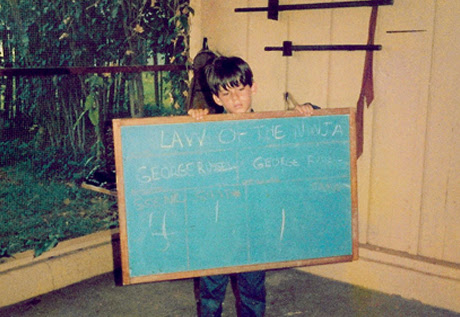 My brother Brendan holds the slate for a take

I learned more about filmmaking doing this movie than I think I ever would, had I gone to film school.

Like having to cut a fight scene with all of the ninjas fighting our heroes, (my Mom & Dad convinced me 15 untrained kids armed with wooden weapons was not a good idea!)

It’s important to have a strong vision, but you need to balance it with reality. 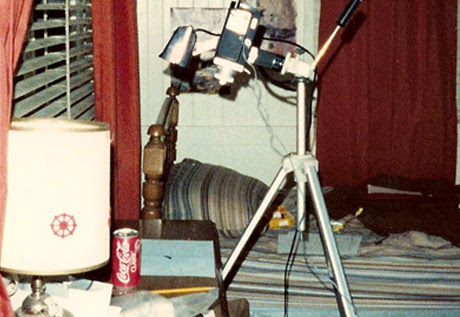 Shooting a stop motion title sequence on Super 8 film — this didn’t work and I had to re-do it.

Nowadays, DIY filmmaking has become a major trend here in Hollywood.  More and more artists are creating their own content.

Little did I know that making Law of the Ninja was the future of filmmaking.

You can watch the whole film (which was re-mastered back in 2007) on our YouTube channel.  Here is the link: https://www.youtube.com/watch?v=85acxtR9jfU